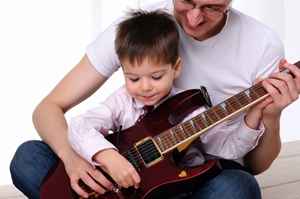 My wife is reading Barbarian Days, the memoirs of a now 60-year-old surfer. While reading it, she stopped dramatically and looked at me to say, “He says that if you really want to be able to surf completely naturally, you have to start by age 14.” She continued, “Wow, by age 14. Can you imagine that?” I have to admit that I wasn’t really listening, immersed as I was in my New York Times crossword puzzle.

It was only later that I started turning the surfing puzzle around in my mind and thought about how solipsistic (the author’s) comment was. In his special surfing world view, surfing was special in that it could only be learned “organically” by age 14. However, when you think about it, most skills are learned best by age 14. We know that language acquisition (first or second) really needs to take place before adolescence for it to really stick. We also know the same for music with all its similarities to language, a fact I know all too well not having seriously started piano until age 48. Ditto: skiing, tennis, and basketball. I’d even venture to say that all rote learning is similar in this regard. While we as older adults have a fantasy that if we only had the time, we could learn make up for all that lost time and learn lots of stuff. But kids have both the luxury of a long time horizon and an ability to mold their brains to new challenges that we as post-adolescents will never have. Of course, that doesn’t mean we shouldn’t or can’t try, but it does mean that we’re far less likely to develop fluency in subjects we pick up later in life. It takes even more dedication and discipline for older people to learn new skills because training the brain is that much harder.

But for little kids, there are still plenty of chances. As a dad, that presents a special responsibility. If you start when they are up walking, talking and taking directions, you only have about nine years to identify and expose your kids to skills they can acquire for the long haul. As in all things parental, you can decide on what these things are going to be in an alchemy of what interests your child, where they have natural abilities and what you think are important life skills.

In our house for example, music acquisition is important. That means the kids both started piano at age 5 and have continued through to high school with weekly lessons and mostly one hour per day of practice. Even if I took it away today, they would still have music programmed in their brains. We also believe it physical activity. They have had tennis lessons since about age 7 and while they will never be playing at Wimbledon, they have skills in a sport they can hopefully play and enjoy into their ‘70s. Both kids have also played soccer and my son has overcome his disparate size at the onset to have real skills. I’ve failed however, in getting either interested in basketball, a sport I never learned and prevented me from joining in some social outings. Golf has also come late to my kids and at no real disciplined level though they both play it fairly naturally perhaps thanks to the tennis.

if you have little or even growing kids, now would be the time to ponder what life skills you want them to have that can’t be learned at the same level later in life. They can’t learn everything so whatever you choose, it should be a combination of what you think has value, but also what you can support them in. If you fancy fencing, but that would require an hour commute to the fencing studio every evening for the next 15 years, you might want to reconsider. Piano does require a piano. Tennis does mean you have to get them to a court. Chess, however, is cheap and readily available anywhere.

What skills do you wish you had learned? What skills are you teaching your kids? Add them in the comments below.