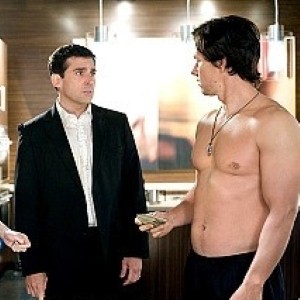 Child-friendly?Date Night is a comedy about a New Jersey couple that tries to inject some spice into their weekly date night by switching up their usual routine. However, a case of mistaken identity sets the couple running from the law and some very scary people. The movie will most likely appeal to fans of lead actors Steve Carell and Tina Fey, and their comedic work. However, Date Night is filled with sexual references and innuendo, some vulgar language and violence, and may not be appropriate for children and tweens. It is recommended for kids aged 14 and older.

Date Night is the story of Phil and Claire Foster – a typical suburban couple with two kids and a house in New Jersey. When their best friends suddenly split up, the Fosters begin to worry about the fate of their own relationship so they decide to spice things up by changing their weekly date night. Instead of going to their usual local dinner spot, they venture into New York City to eat at the city’s hottest new restaurant, without reservations. They then steal a no-show couple’s reservation and become tangled up in a case of mistaken identity.

Posing as the Tripplehorns, the Fosters are hunted down by a pair of corrupt cops for having stolen property from some very dangerous people. They’re forced to go on the run before their meal is even finished and embark on a wild and dangerous series of adventures to save their lives and their marriage.

The movie features comedic stars Steve Carell and Tina Fey as the Fosters and features James Franco, Ray Liotta, Mila Kunis, and Mark Wahlberg. It was directed by Shawn Levy.

While the comedic nature of the movie may appeal to kids, the humor is really geared towards adults with a lot of sexual references and innuendo as well as vulgar language and violence. There is a lot of action that includes gunfire, car crashes and constant chasing, however it is intended to be funny and no one is actually injured or killed.

The main message of the movie is a positive one, as the Fosters learn to appreciate each other in a new light and rekindle the romance in their relationship following their ordeal.