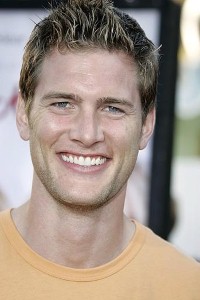 Child-friendly? The mild violence in this send-up of superhero films is far more cartoonish than threatening. Meanwhile, the sexual content is limited to a couple off-color jokes. There is some swearing, but it’s not frequent. The movie is probably most appropriate for kids 10 and up.

Super Capers is a parody of superheroes and the movies they star in. This comedy centers around a man named Ed Gruberman, who is trying to be a superhero but not getting very far.

When he messes up an attempt to rescue a damsel in distress, a judge sends Ed to Super Capers, a halfway house for superheroes in training.

While there, he joins up with a group of other crimefighters in an attempt to thwart the evil plans of the judge, while also rescuing people in trouble.

The rest of the gang includes a super-smart psychic named Herman Brainard, the super-strong Will Powers, the icy Felicia Freeze and Puffer Boy, a superhero who is half-man, half-puffer fish.

As the crew enjoys its capers, Ed wonders if he will ever figure out his true powers – and at one point he even suspects he could have the ability to make prayer come true.

Some fathers may appreciate some of the in-jokes and cameos, such as Adam West driving a Bat Cab, but others may find the humor a bit too juvenile. Younger teenage boys seem to be its target audience.