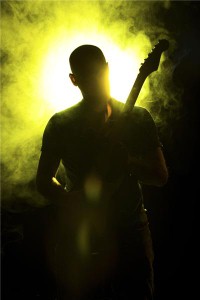 Fathers who found themselves rolling in the aisles during the feel-good classic School of Rock may be eager to recreate the experience with their kids at The Rocker, which follows a similar formula.

Rainn Wilson of TV’s The Office stars as a washed-up middle-aged man whose teenage dreams of rock stardom were cut short when he was fired from his metal band.

However, Robert “Fish” Fishman gets another chance to prove his superstar credentials when his nephew’s band, ADD, asks him to fill in as their drummer for a gig at the prom.

The rest of the plot is fairly predictable and is peppered with jokes and antics that will appeal to younger teens but may be inappropriate for the under-12 crowd, such as an extended scene in which Fish plays the drums naked – although a well-placed box keeps the scene from venturing into full-frontal territory.

Many of the laughs revolve around drinking, carousing and the prospect of sleeping with groupies. However, these themes are largely discussed, rather than indulged in – and by the end of the film, Fish has matured and learned valuable lessons about life and love.