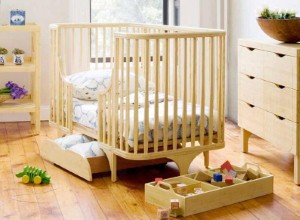 After the second infant death associated with the Delta Enterprise "Safety Peg" Drop-Side crib, the Consumer Product Safety Commission (CPSC) announced a recall, re-issuing the warning they made in 2008.

The original recall effected more than 985,000 cribs, and was issued due to concerns over missing safety pegs. The products were sold at stores including Walmart and Target between 1995 and 2005.

The latest recall comes after the agency learned of the 2009 death of a 7-month-old girl from Colorado who became trapped and eventually suffocated. Investigators believe she was sleeping in a used crib that was part of the original recall that did not have the appropriate safety pegs.

"Buying or accepting cribs second hand can be risky," said CPSC Chairman Inez Tenenbaum. "Second-hand cribs may not come with all of the necessary parts that are needed to make sure your baby is safe."

Tenenbaum added that the CPSC will be making sure there are safer models available on the market by as late as this summer, and that if parents have the model they should find a safe alternative until a repair kit arrives.