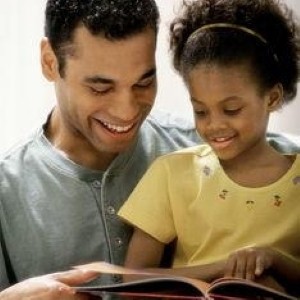 Being a dad provides men with the opportunity to teach their kids a lot of important life lessons. While many fathers may place an emphasis on things such as which football team to root for or how to make the perfect grilled cheese sandwich, there are several lessons that all children should know, and it would behoove parents to make sure they learn them.

By the time a youngster is between the ages of 2 and 5 they should be learning certain things. Among the most crucial is how to introduce themselves. Not only will it instill good manners, but being able to confidently introduce oneself will pay dividends for the rest of a child's life. To teach kids this, Men's Health magazine suggests emphasizing the three S's and three R's – smile, stand and speak loudly and remember the name, repeat it and reach out with a handshake.

Of course, as kids get older they should be taught new things as well. For children who are in the 6-to-9-years range, an important thing to teach is how to handle and accept criticism. Instead of instructing them to ignore critics, instilling that it's important to learn from such comments will help them later on.

Once children reach double digits, they have a general sense of how to conduct themselves, but that does not mean they shouldn't still be taught new things. According to the publication, kids should be encouraged to improve their focus on certain skills or subjects.

"Whether your child's role model is Tom Brady or Beyoncé, let them know they ascended to lofty heights because they mastered one skill," Columbia professor of psychiatry Andrew Ramsey told the news source.