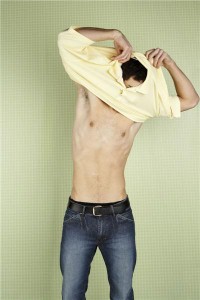 These days, it’s not odd to see a teenager wearing a Ramones t-shirt, even though some of the band’s albums are older than they are.

This may be thanks to the constantly-changing idea of fashion and the old adage, "what’s old is new again."

However, because these are hot commodities, particularly with teenagers who are going for the ironic hipster look, the prices for these t-shirts can be expensive. Though the originals may have cost a concertgoer $10 or less, the band t-shirts that double as fashion statements can now go for double that price or more.

New fathers may be worried what future fashion trends hold for them in terms of cost, but there may be a way around it.

Young fathers who are into music, and still try to find time to go to a concert of an independent band, may be sitting on a future goldmine. The t-shirts these fathers buy from indie-rock concerts could be saved for their future teenage son or daughter.

The best part? They can probably double as the "big" birthday present for them in the future.

Think of your old Green Day shirt you bought on the street or the Radiohead one you purchased off their website recently. These bands will most likely still be popular years from now thanks to a string of successful albums.

Radiohead was already popular due to the albums OK Computer and Kid A. However in 2007 the band released the album In Rainbows as a digital download and asked fans to essentially pay what they want. This resulted in some fans getting the album for free while others paid over the typical price for a music album.

For these reasons, a t-shirt from either of these bands could make a father be the best in the world when their child grows up to be a teen.