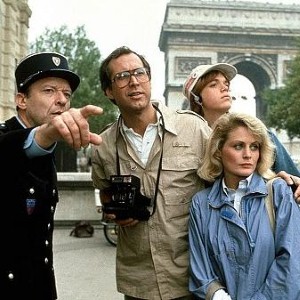 Past generations seemed to have a different attitude toward family vacations. Many families had annual traditions that involved filling a cooler with cold sandwiches, piling into the back of a station wagon and traveling long hours down the open road toward their destination.

Hair was pulled, names were called and when they arrived at their chosen spot on the map, it was almost time to head home.

Kids today, it seems, have it a little better. Instead of road games, they’re entertained by in-flight movies. And they’re more likely to jet with their parents to exotic locations than be bused to the closest national park.

If you have a glamorous European vacation planned with your kids, make the most of it and expose them to different cultures at every turn. Just make sure they appreciate it – spend most of the trip talking about how your father‘s idea of a vacation was a night camping in the backyard, and loudly proclaiming that you don’t know how you’ll be able to afford the hotel and pay for their college education.

France. This is an excellent way to get the rug rats to try out some new cuisine. Make them sample rabbit, escargot and frog legs. Just don’t tell them what they’re eating until after they’ve swallowed. Bon appetite!
Italy. The perfect opportunity to teach kids how to talk with their hands. Especially as you navigate congested roads among unpredictable drivers while driving stick in a rental car.

Germany. Those of you who have a teenager in tow can use the Autobahn to discourage speeding. After white-knuckling the wheel at 100-miles an hour for 10 minutes, your new driver may learn to appreciate the merits of a speed limit.

Switzerland. This is your one opportunity to convince your wife that you’re old enough to handle a Swiss army knife, so don’t blow it by showing it off at customs or trying to convince her that it can be useful while changing diapers.

Ireland. Save this one for the last leg of the trip. The kids will be tired, your wife will be cranky and the weather will be bad. But the pubs are open late and a man is never judged for drinking alone.

When all is said and done, you’ll have the plane ride home to contemplate the memories you made and things you learned. But, on the other hand, popping a Benadryl and finally getting some sleep may actually be a better idea.