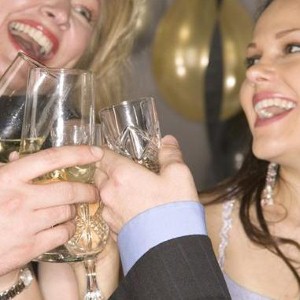 While many dads may be gearing up to enjoy themselves with a few drinks this holiday season, new research suggests that they may want to think twice about indulging too much. Results of a new study indicate that alcohol consumption may be linked to an increase in the risk of Sudden Infant Death Syndrome (SIDS), MSNBC.com reports.

The most startling figure uncovered by scientists is that there is a 33 percent increase in the number of SIDS cases on New Years Day, which seems to suggest that when parents drink heavily the night before, they could be putting their child at risk.

The increase may be for several reasons, but David R. Phillips, the study's lead author, says that one of the root causes is that parents who have had too much drink will not pay close enough attention to how they put their children to bed.

"The message to parents is that they should understand that just as alcohol degrades your performance in other types of tasks, it also may affect your ability to take care of young children," he told the news source.

According to the Mayo Clinic, SIDS typically occurs in children who are between the ages of 2 and 4 months, and rarely occurs in those over 6 months old.