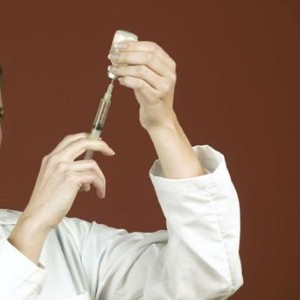 This year, the Centers for Disease Control and Prevention has expanded its flu shot recommendations to include all children between the ages of six months and 18 years.

However, one state has taken the CDC’s recommendation a step further. New Jersey has become the first state to mandate that children receive flu shots before they are able to enroll in preschool or daycare.

Additionally, kids between six months and five years old in preschool or daycare are required to get vaccinated by the end of the year.

This mandate has raised the ire of many parents in New Jersey, who have labeled the decision as anti-choice and even anti-American.

Assemblywoman Charlotte Vandervalk, who opposes the requirement, told the Associated Press that laws should not replace parenting skills, in which moms and dads make choices for their families.

"Parents have a right to decide for their own children what is injected in their bodies," she explained.

New Jersey’s Health Department has responded to critics’ concerns by saying that vaccinations are necessary to protect "the general community and the most vulnerable individuals."

The news comes after a recent study, published in the Archives of Pediatric and Adolescent Medicine, suggested that flu shots did not adequately protect kids from the virus in recent years.