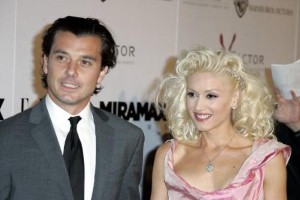 Like most working dads, rocker Gavin Rossdale admits that it’s hard to leave his kids when he goes to work, especially when he’s leaving for a tour.

"It’s always painful when I leave on tour," Rossdale recently told Spin magazine. "It’s the hardest thing. It never used to be difficult – I just had my dog and that was it. Now it’s not easy, but it’s reality. I want to set an example for my kids. I say, "Look at this house… this is how you get it."

He says that although the work-life balance is a challenge, it’s not impossible.

"I don’t understand the idea that you’re unable to do both. People have done it for a long time, and you find a balance. I’m not going to be one of those dads who are always away and doesn’t have any contact with home. I’m the opposite. I like that nomadic lifestyle and bringing the kids along is cool – they love it."

The 42-year old London-bred rocker, who has a successful solo career, is reuniting with the band Bush for a new album and a worldwide tour.