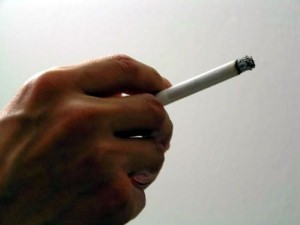 The current Motion Picture Association of America ratings take into account issues such as violence, sex, nudity and language – but some public health advocates suggest smoking should also be factored in to help support parenting skills.

A new study published in the Archives of Pediatrics & Adolescent Medicine reveals the majority of parents polled agree with this recommendation.

Slightly more than half of survey respondents said cigarettes should be included in ratings criteria, while 29 percent said smoking in a film should warrant an R rating.

Meanwhile, 66 percent said drinking should be a factor, with 42 percent believing the behavior is serious enough to deserve an R rating.

"Parents need to know that in terms of risk factors for smoking and possibly alcohol use, movies have a strong influence on children," lead author Meghan Longacre told HealthDay News.

She pointed out that further research should be done to sample a wider variety of respondents, which may include fathers who are single parenting or parents at different income levels.

Fathers who are concerned about smoking in movies may want to sit down and talk to their kids after watching a film together that features the habit.