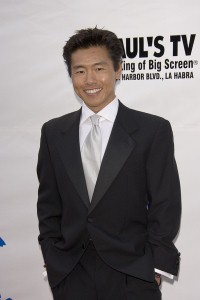 HGTV designer Vern Yip tells People magazine that having his 4-month old son, Gavin, has changed his outlook on work.

"Everybody tells you, a baby makes you more balanced in life and I think that portion of it is really true," Yip told People. "It’s just not feasible to dedicate yourself 24-7 to work like maybe you used to do."

Instead, Yip says that having a baby has forced him to become "more efficient" since he only has a set amount of time while Gavin’s with a nanny each day to get his work done.

"I know during the day I have to get my stuff done. At night it forces me to have to relax and have to unwind and have to focus on him and being a family and that part is really great. I think the quality of my work has actually improved."

The TV personality and his partner adopted Gavin as a newborn this winter. Yip says that the baby is already showing signs that his personality is much like his father‘s.