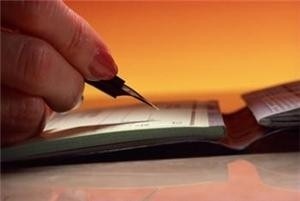 Fathers interested in using their parenting skills to teach their child about fiscal responsibility may want to make sure they have a well-focused getting-out-of-debt plan themselves.

A new study from the Norton School of Family and Consumer Sciences at the University of Arizona has found that parents have the greatest influence on a college student’s financial habits.

Dr Soyeon Shinn lead the study and was interested in why so many college students appeared to be lacking on how to be financially responsible.

A total of 2,098 students from various ethnic backgrounds took part in Shinn’s survey which asked about the students’ parents’ socioeconomic status and financial behaviors. They were also asked about how much their parent advised them about how to handle finances.

It was found that students who had a good financial role model in their parents during their adolescent years were better equipped to handle the checking and credit card accounts in college.

Fathers who introduce these kinds of accounts early may be able to teach their teenage children the benefits and pitfalls of finances, which may in turn help them later on in life.