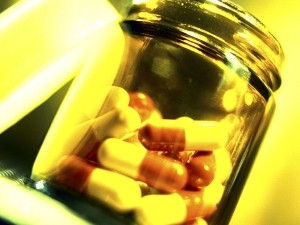 As a dad, teaching your children the dangers and life-ruining effects of illegal drugs can seem like a daunting and complex task. Teenagers in particular are exposed to peer pressure and often persuaded to experiment with illicit substances like marijuana, cocaine, illegal prescription drugs and club drugs at school, with friends and during extracurricular activities. Unfortunately, In 2009, about 20 percent of high school students had taken a prescription drug like Oxycotin, Adderall or Percocet without a prescription, according to the Centers for Disease Control.

While you may hope that your children exercise the good sense to avoid these harmful and illegal substances, impressionable youths will often succumb to the allure of drugs in order to be accepted in their social circles. This peer pressure is compounded by the prevalence of drug use in popular media like films, music and television. For these reasons, it’s more important than even to communicate with your children about making responsible decisions about drugs and peer pressure.

The majority of children who experiment with illegal drugs do so during the middle school and high school years. At this age, children are beginning to drive and receive rides from friends, further complicating the dangers of drug use. As your children mature into adolescence, you should have regular conversations with them about their social lives both in and out of school – particularly about their exposure to drug use from people they know.

By getting their opinions and observations on the subject, you can open a dialogue about the health risks and social implications of such substances. Share your own experiences and knowledge of drugs and how they can affect schoolwork, college applications, extracurricular activities and their overall future.

However, you should avoid excessive restrictions on their behavior, as these can push teens even further towards rebellion. Let your children know that you trust them, and take an active interest in their lives to detect possible signs of drug use – even the most successful and seemingly responsible teens can make poor choices. Your best defense in avoiding this situation is providing them with love and information to make the best possible decisions regarding their lives.