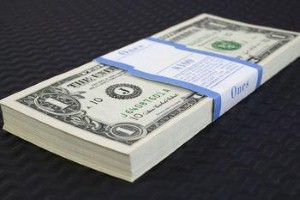 Kentucky mothers and fathers who don’t meet with their children’s teachers during the first few months of school could face a fine, if a new state bill is approved.

The bill was proposed by Republican representative Adam Koenig, who told the Kentucky Enquirer it is aimed at showing moms and dads that involvement is an important parenting skill.

In some areas of the state, less than a third of parents attend school conferences, he said. A parent’s involvement with their child’s school life has been recognized as a predictor of academic success and happiness.

"The fines are the same amount as when a child is truant. In this case, we’re saying the parent is truant," Koenig explained.

Under the bill, parents who failed to meet with their kids’ teachers within the initial 60 days of the school year would be given an extension for 30 more days.

If they still didn’t show up, they would be levied with a $50 fine, to be increased with any subsequent violations.

Fathers and mothers polled by Kentucky’s 27NewsFirst had mixed reactions to the bill. Some said the rather extreme measures were justified, while others acknowledged it is not always easy to find the time to attend every school meeting.