There is huge news out of London that a 1998 paper establishing a link between autism and childhood vaccines was based on false data. However, this likely will not change the debate on the risks of vaccination and public health.

LONDON (AP) — The first study to link a childhood vaccine to autism was based on doctored information about the children involved, according to a new report on the widely discredited research. 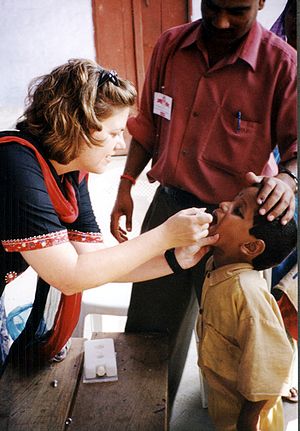 The conclusions of the 1998 paper by Andrew Wakefield and colleagues was renounced by 10 of its 13 authors and later retracted by the medical journal Lancet, where it was published. Still, the suggestion the MMR shot was connected to autism spooked parents worldwide and immunization rates for measles, mumps and rubella have never fully recovered.

We come down on the side of vaccination for several reasons:

1. As incompetent, or as manipulative, as the government is, I don’t believe there is a conspiracy to give children autism by injecting them with vaccinations. A lot of people who are naturally suspicious do not believe this. There is reason to suspect the government of horrible things (the Tuskegee Syphilis study prime among them) but the science, not to mention the actual vaccines, have been analyzed throughout the world with no definitive link between autism and vaccinations.

2. Active agents are fewer in the vaccinations we give today than 100 years ago when Smallpox was the only vaccine. In an NPR Science Friday program today, Infectious disease researcher Paul Offit reported that 160 agents are active in the 14 vaccines given today versus over 200 for Smallpox. The current repeated shots actually introduce less into a baby’s system than the vaccines of 100 years ago, yet it’s only been recently that we have worried about the vaccines.

3. Babies, small children, and adults can withstand the onslaught of germs and bacteria in vaccines, because they are a microscopic portion compared to the bacteria all around us every day from the moment we leave the womb . The human body is designed to function surrounded by dirt.

4. Most importantly, the real risk is actually not to the people who do not get vaccinated. They are relatively protected if the overwhelming majority of us do get vaccinated. The problem is for the weakest among us: babies who have not yet had shots, the old, immune deficient, and the few who are unlucky enough to get sick even though they had all their shots.

So even though my favorite days were not those I spent holding my two children down to get their shots, I’m glad we vaccinated our children and I do not believe there is a link between autism and childhood vaccinations.

It is true that vaccinations do have risks. You could die from a polio vaccine, or even from a flu shot. But the risks of the diseases that these vaccines were created to defend against is far worse. And that’s the biggest problem in this public health debate. The people who are most animated against vaccination are those who live in a disease-free world made safer by the vaccines. They do not know what it’s like to wonder every day whether your child might get mysteriously sick from drinking at fountain or swimming in a pool. Or start coughing at dinner and be dead in a week. Those were real risks just 50 years ago.