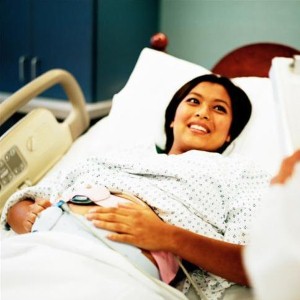 For many moms and dads, the video of the births of their children can be one of their most cherished possessions. However, a hospital in Hagerstown, Maryland, has some parents-to-be fuming over a policy that prohibits them from carrying any type of camera into the delivery room.

The policy, enacted by Meritus Medical Center, angered Laurie Shifler so much that she spearheaded a petition asking the hospital to change its stance, The New York Times reports. In her eyes, the barring of video cameras is an infringement of her's, and other parents', rights.

Still, the hospital maintains that more safety of the mother and child and the privacy of the staff is the most important issue. While most hospitals across the country have long allowed the recording of live births, recent technological advances have caused many to rethink their policies. Several other hospitals have banned video, including Massachusetts General Hospital in Boston and Georgetown University Hospital in Washington, D.C.

While it may be easy to take the side of parents, doctors are quick to point out that births are complicated procedures, and that any distraction can be potentially harmful. According ot the news source, obstetricians are sued more often than doctors in other specialty.