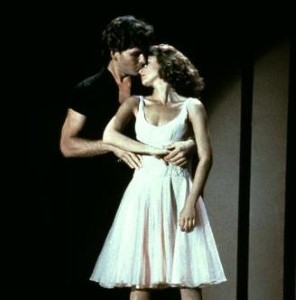 Sometimes an interested glance from a young lady is enough to put a little swagger in your step. So maybe you haven’t been getting those looks that often since you traded in the letterman jacket for a tweed coat and the muscle car for a minivan. No problem. Maybe you feel less sexy since nose hair grooming became part of the morning routine and awed onlookers began watching you dance at weddings out of amusement rather than admiration. Forget about it.

It’s not your fault – its evolution.

That’s right, for the fathers out there looking for the perfect way to tell young women, "Don’t bother, I’m infertile," University of Hertfordshire psychologist Dr Peter Loyatt has you covered.

Loyatt has completed a study that compared the dancing styles and confidence levels of almost 14,000 people, the Telegraph reports. The results showed a strong correlation between dancing, hormones and appeal to the opposite sex.

So to those few who experience the dread of having to repeatedly deny the advances of attractive young women, a few awkward or sluggish dance moves just might do the trick.

"It would seem completely unsurprising to me that since middle-aged men have passed their natural reproductive age and probably have a family already, evolution would act to ensure they are no longer attractive to 18-year-old girls," Loyatt told the news source.

He added, "It’s like an apple that is going brown – you want a fresh green one instead."

But being a browning apple isn’t all that bad. According to the psychologist’s research, a man’s confidence while dancing shoots up again around age 65, allowing many men of retirement age to enjoy cut a rug with greater pleasure than ever.

As far as watching women dance goes – well, men have never had any trouble enjoying that.