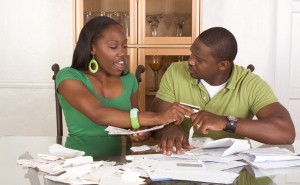 For men who have to contend with non-stop nagging, results of a new study may give wives reason to back off. Dutch researchers have found that dads who are subjected to constant badgering from their spouses are more likely to develop significant health conditions, Men's Health reports.

While some may be skeptical, the risk seems to be much more than a nominal increase. Scientists followed around 4,500 subjects for 6 years and discovered that those who had a more demanding spouse were 300 percent more likely to have heart problems, compared to those who had a more relaxed marriage.

Interestingly, the risk of stress-related health problems seemed much lower when it came to nagging from children and annoying neighbors, who raised fathers' risk of heart conditions by around 50 percent. Similarly, a wife that is more argumentative, but lets the fight go after the spat, raises a man's chances of heart problems by only 44 percent, suggesting that letting little things build up over time is significantly more damaging.

"Worries are connected with an unknown, feared future event, which has a greater impact on stress levels," lead author Rikke Lund wrote.

According to the Centers for Disease Control, heart disease is the leading cause of death for both men and women, and about 785,000 Americans have a heart attack each year. So not only is having a stress-free marriage likely to improve your happiness, but the boost to your heart health might allow you to be a more active father and citizen as well.