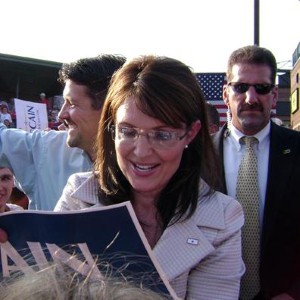 With the much publicized affairs of famous dads such as Tiger Wood and John Edwards, one would think that other fathers in the spotlight would think twice (or three or four times) before straying from their famous spouses. Apparently it seems that Todd Palin might have missed the memo. The internet is abuzz with reports that former "First Dude" of Alaska is embroiled in a sex scandal with a masseuse who was later busted on prostitution charges.

The National Enquirer, long famous for uncovering unfaithful dads, reportedly received emails which intimate that Palin visited the massage parlor of Shailey Tripp. The messages suggest that her tryst with Palin preceded her arrest in March of last year on charges of operating a house of prostitution.

"According to the tenants in the building of her offices, they saw Todd come and go often and heard noises that sounded like someone was having sex," the email said, according to the news source.

Palin is certainly in an unenviable spot. While the allegations have yet to be proven, even whispers of infidelity could impact his wife, Sarah Palin's, plan to run for president in 2012. We hope for his sake (and his family's), that these rumors are just conjecture – lest he face the wrath of a mama grizzly.