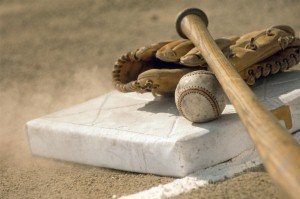 For many fathers, the baseball season means more than just the arrival of spring. It’s also a (perfectly justifiable) reason to leave work early, get together with friends, and drink a few beers for 162 days and nights over the next six months.

A love of baseball has brought fathers and their children together for years.

There’s nothing like idly tossing the ball back and forth on a sunny spring day, watching your favorite team play all summer long while bouncing your daughter on your knee, or painstakingly trying to coax your infant to have "Derek Jeter sucks" be his first words (pull one that off and you’re living legend).

But lately – beyond the peanuts and crackerjacks, the fresh air at the ballpark, and the drunken, vociferous intimation that the opposing team’s players were breastfed until the age of six – warm spring weather means that it’s time to schedule a fantasy baseball draft.

The popularity of fantasy baseball, got us thinking – what other drafts might fathers elect to fantasize about?

1. Fantasy dinner draft – It’s a simple concept. You draft the meals you’re responsible for cooking. If I get first pick, I’m going with hamburgers and hot dogs, closely followed by steak, baked beans, pasta, and any delivery item that can pass for a home-cooked meal.

2. Celebrities I’m allowed to sleep with draft. This is a fantasy after all. Sit down with your friends, cross your fingers and hope that everyone else forgot about Heather Graham in Boogie Nights, and is too scared that Jessica Simpson might be "relationship napalm."

3. Date locations draft. Chances are your partner is still going to want to go out on a few dates, even though it’s baseball season. Top picks in this draft include, home, couch, bed and nowhere.

Team Name: Divorce is for quitters.