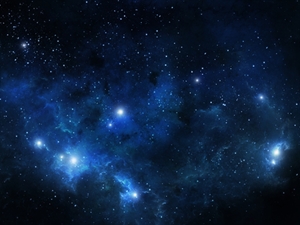 Child-friendly?
This fast-paced space flick featuring a young protagonist will certainly appeal to many children, especially those with an interest in space or the military. Dads who love science fiction will likely recognize this title as an adaptation of a novel written in the '80s. The cosmic tale stars a lonely but talented boy, Ender, who becomes a strategic military leader. You can almost think of it as a younger, yet somehow more serious version of the recent "Star Trek" films.

There are plenty of action sequences ranging from training sessions to fight scenes to all out space battles. The film does have quieter moments, like when Ender learns to deal with his fellow space cadets. As with any coming-of-age story, there is a romantic interest present. However, you won't have to worry about covering your child's eyes, since that the relationship is very tame. The action sequences may be a good for fathers and sons, while the safe depiction of adolescent romance may be fitting for daughters in the audience.

The film is visually stunning, offering views of space and gorgeous battle simulations that Ender and his cohorts have to pass. For children who love strategy games, the simulation scenes may prove very interesting. But for those who prefer live-action, the scenes can quickly become repetitive and boring. Yet, for anyone who loves space, "Ender's Game" could be a must. What kid wouldn't want to see a film where the fate of the world lies on the shoulders of a child?

Is it popcorn worthy?
If you're alright with an action-packed film where the fate of the human race depends on a child, "Ender's Game" may be a good flick for you and your kid. The plot line is good enough to keep you interested and the special effects will provide enough eye candy to make up for the more boring bits. Of course it has the usual clichés associated with coming-of-age tales and science fiction novels, but they're not unbearable. Despite being marketed as a children's movie, don't expect to have many laughs.

If you're looking for more light-hearted fun, you're better off staying home and watching another children-friendly space movie. But if you want to indoctrinate your kid into the more serious side of science fiction, "Ender's Game" could be just what you're looking for.