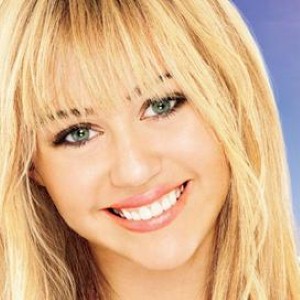 Child-friendly? The movie is based on the Disney television show Hannah Montana and is mainly an extension of the show only with more songs being performed. At various times, the main character either falls down or gets hit in the head with an object, but it’s done in a silly way and for comedic effect.. The film is probably appropriate for kids 8 and up.

Fathers, brace yourselves. Hannah Montana is coming to a theater near you.

If her concert film, which hit theaters last year, was any indication, young girls and tweens will be clamoring to see Miley Cyrus bring the beloved Disney character of Hannah Montana to life on the silver screen.

For the uninitiated, if there are any, Miley Cyrus plays Miley Stewart who has an alter-pop-star ego in Hannah Montana. While Miley puts out the image of a small-town girl, she becomes Montana thanks to a little makeup and a blonde wig and no one is the wiser (so far).

In the movie version of the show, Miley is forced to choose between the two worlds and must decide to stick with one. The life decision is a result from a "shoe fight" Miley gets in with Tyra Banks, inspiring Miley’s father Robby Ray (Cyrus’ real-life father, Billy Ray) to bring her to Tennessee to find her small-town roots again.

Fans of the television show will appreciate the familiar clumsiness of Miley getting used to a farm setting, as well as the father-daughter bonding moments with Robby Ray. The film also introduces a love interest for Miley, which may serve as a way for fathers to start a conversation about boys with their daughters.

As for the music, parents can expect to hear 12 new songs with similar pop sensibilities to Cyrus’ previous work.