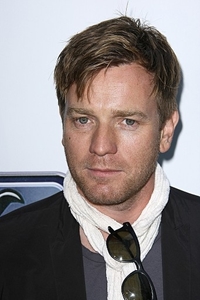 Child-friendly? While the medieval fantasy battle sequences certainly earn this film a PG-13 rating, "Jack the Giant Slayer" is a film that certainly keeps its core audience in mind – young children delighted with classic fairy tales.

Has anyone else noticed that Hollywood is completely out of ideas? At first, movie executives seemed to be content with just producing sequel after terrible sequel of popular action and comedy films. Next, comic book superheroes started taking the screen by storm, followed by the film versions of old TV shows. That's in addition to the endless list of best-selling novels that have made their way to Tinseltown.

These days, the latest trend seems to be putting a modern-day twist on children's fairy tales. We caught our first glimpse of this movement with not one, but TWO adaptations of Snow White – "Mirror Mirror" and "Snow White and the Huntsman" – followed by the gore-tastic "Hansel and Gretel." And now, we're seeing "Jack the Giant Slayer" come to the big screen.

Anyone who has heard the classic fairy tale "Jack and the Beanstalk" knows the story of how a simple farm boy inherits magical beans that transport him to a giant's house above the clouds. "Jack the Giant Slayer" takes this tale to the next level by inserting a plot of all-out war between humanity and a race of vicious giants. Throw in some romance with a beautiful princess, and you've got yourself a typical Hollywood blockbuster.

If there's any place where the film struggles, it's in trying to convince the audience to overlook the silliness of the whole story. Unlike superhero comics, there's something inherently weird about seeing a modern, action-heavy version of age-old fairy tales come to theaters.

While not the most creative concept in the world, "Jack the Giant Slayer" is far from a bad movie. The film is largely boosted by performances from a variety of great screen actors, from Ewan McGregor to Stanley Tucci and Ian McShane. Considering that director Bryan Singer is responsible for the great X-Men trilogy, "Jack the Giant Slayer" certainly delivers the goods with elaborate action sequences and cool special effects. That's not to mention the thrills and fun of seeing an army of giants toss windmills and church bells at medieval castle battlements.

Child-friendly? There may be a few tense moments in the film during the epic battles between men and giants that have your kids on edge, but the laughs, thrills and fun in "Jack the Giant Slayer" are sure to make this one a crowd-pleaser. Recommended for children age 8 and up.