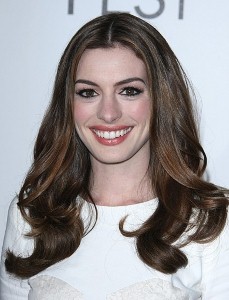 Child-friendly? Recommended for ages 17 and up.

Anne Hathaway has come a long way from starring in The Princess Diaries. The gorgeous woman, who was once nothing but an awkward-looking B-list idol for our young daughters, has morphed into quite the super-hot babe.

The director of Love and Other Drugs has obviously caught onto this, and dads across the country might want to give the guy some well-deserved praise. Hathaway appears in several scenes in the film wearing next-to-nothing and showing some serious skin, and dudes are all the better for it.

These small carnal pleasures may make up for the fact that her most recent film is nothing but a forgettable snooze-fest. Take a bunch of drawn-out confessions of love, throw in a life-threatening disease and mix it up with some cheesy music and you now have the formula for a standard chick-flick. Truth be told, the casting of Jake Gyllenhaal alone is enough to make your wives and teenage daughters swoon.

In the film, Hathaway plays Maggie Murdock, a free-spirited woman who does not want to be tied down. Through a series of strange incidents, she meets Jamie Randall (Gyllenhaal), a pharmaceutical salesman at the top of his game. Will they fall in love? Will Maggie's confession that she has early-stage Parkinson's turn this rom-com into a disaster?

It doesn't matter, as any woman whose a fan of Gyllenhaal will insist on a trip to the theater. In the end, the true reason for men to see the film lies in Hathaway, a woman who, like fine wine, seems to get better with age. Girls may have adored her clothes in The Devil Wears Prada, but guys prefer it when she wears nothing at all.

Child-friendly? Love and Other Drugs is a story about an unlikely couple battling their passion for one another and their pre-conceived notions about relationships. The woman (Anne Hathaway) has recently been diagnosed with early Parkinson's Disease, and her revelation throws a wrench into an already-complicated affair. The film contains sexual content, nudity, language and some drug material. Recommended for ages 17 and up.