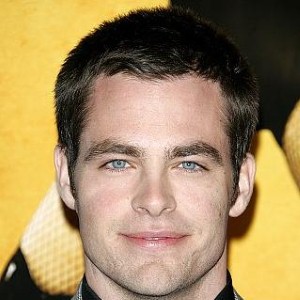 Child-friendly? Rise of the Guardians puts a new spin on children's favorite holiday characters and casts them as an elite team of superheroes charged with protecting Earth (and kids' imaginations!) from an evil spirit determined to take over the world. If this isn't a film marketed to kids, I don't know what is.

Thanksgiving is nearly here, which means it's high time for Hollywood movie studios to start cranking out 3D animated children's movies to wind America's children up for the holiday season. I usually anticipate this time of year with a mixture of excitement and dread – after all, kiddie movies can be a pretty mixed bag prior to Christmas. The way I look at it, for every Happy Feet Two that comes out, there are at least two or three Alvin and the Chipmunks: Chipwrecked-quality films right alongside it (yes, 2011 was rough).

Cue Rise of the Guardians to enter for Thanksgiving 2012. At first look, I felt a sharp chill run up my spin with this movie – and it's not because Jack Frost is one of the stars. There was something about movie where holiday characters are recast as superheroes that didn't sit right with me, so I naturally formed an early opinion that Rise of the Guardians would be terrible. But as more trailers emerged, I actually found myself…wanting to see it.

Here's the setup. The mythical teenager Jack Frost (voiced by Chris Pine) has grown used to a carefree life wandering the globe bringing winter everywhere he goes. However, Frost's fun is cut short when Pitch the Nightmare King (Jude Law) makes moves to take over the world and cast it into darkness.

But that doesn't sit well with the Guardians, an elite team of mythical and holiday heroes charged with defending Earth and the imaginations of its children (quite a mission statement). The group is led by Santa Claus, the Tooth Fairy, the Easter Bunny and the Sandman, but everyone has a much tougher and cooler superhero appeal. And with plenty of colorful 3D animation back them up, the Guardians are poised for an explosive and mythical battle with the Nightmare King's forces of evil.

While Rise of the Guardians could have been another forgettable holiday children's movie, it actually plays with many of the genre's conventions in a way that's fun, hilarious and exciting – definitely warranting a trip to the theater with your family this Thanksgiving.

Child-friendly? When it comes to holiday animated movies, parents often have to take the good with the bad. Luckily, this adventurous romp with your kids' favorite holiday and mythical creatures is equally enjoyable for children and grownups alike.