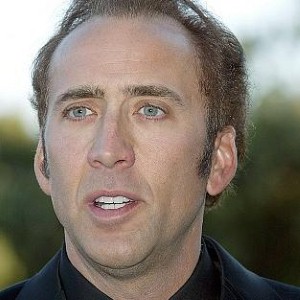 You have to hand it to Nicolas Cage – the guy just doesn't give a crap when it comes to choosing his movies anymore. Bad premise? No problem. Hokey dialogue? Big deal. Ugly, ridiculous blonde wig required for role? Sounds like a plan.

It's been so long since Cage showed off his true acting skills (has it really been almost nine years since Adaptation was released?) that the guy seems to have the outrageous, potty-mouthed (PG-13 vocab of course) character down to a science. Unluckily for dads who worship the actor, he runs through the motions once again in Season of the Witch, a film that you're bound to hate and your kids will likely love.

The story is painfully simple – Cage plays Behmen, a medieval warrior who has been fighting in the Crusades with his friend, Felson (Ron Perlman). Once they return home, they discover that the denizens of their village are overcome by the black plague.

So what does this mean so far? First and foremost, the film requires Cage to wear a completely laughable wig once again. His fake tendrils look so similar to the rat's nest he threw on his head in The Sorcerer's Apprentice, you have to wonder if they cut corners and asked him to don the exact same one (Answer: probably not. This one is a little lighter).

These are the things you will think about as Season of the Witch plays out, a film that is bound to bore you to tears and still mesmerize your children. But can you blame them? As Behmen and Felson encounter a young woman (Claire Foy), who's accused of being a witch, and escort her to a far-off monastery, the old-timey hullabaloo is small child's dream.

So bite the bullet – watch the film and throw on Leaving Las Vegas when you get home. A drunk Cage is better than a medieval one any day.

Child-friendly? Season of the Witch stars Nicolas Cage as a warrior who recently fought in the Crusades. When he discovers that the black plague has almost destroyed his homeland, he and his friend escort a young girl believed to have powers responsible for the outbreak to a far-off monastery.