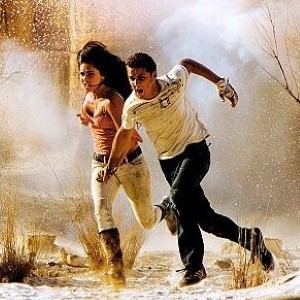 Child-friendly?The sequel to 2007’s Transformers is louder with more explosions and at times can seem more violent than the first film. Transformers: Revenge of the Fallen also packs in some vulgar language that includes one use of the "F" word as well as multiple uses of words that degrade women. Some fathers may also find parts of the movie sexually and racially insensitive material. Though younger children who enjoy playing with the Hasbro toys will most likely want to this film, it’s recommended for older teenagers aged 15 and up.

Despite lukewarm reviews the first time around, the first Transformers movie was hailed a success, making a sequel to the 2007 film inevitable.

And, as many sequels do, this new film, titled Transformers: Revenge of the Fallen, doubles everything in terms of action, explosions and characters.

Audiences can expect a new host of Transformers, both good and evil, along with a new villain in The Fallen, who is apparently the head bad guy who Megatron answers to (who was the head bad guy in the first film).

The plot centers around Sam Witwicky (Shia LaBeouf), who is heading off to Princeton with the hope of keeping in touch with his girlfriend Mikaela Banes (Megan Fox). However his plans change when a shard of the Allspark, a powerful element from the first film, is found in his backpack.

After touching it, Sam begins to see various symbols which he is later told refers to the early days of the Transformer’s history. Because the symbols are locked in Sam’s mind, he becomes a wanted commodity by the Decepticons and also brings rise to The Fallen.

Fathers who saw the first film with their children should know the sequel is louder, more violent and at times a bit sexual. There are also moments when the humans in the movie fear for their lives, which may be too scary for younger audiences.