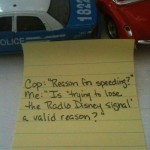 The trip would take over two hours, according to MapQuest, deep into an area of a Pennsylvania I never planned to visit unless forced by gunpoint or on some reality adventure show like The Amazing Race. I wasn't sure what would be so amazing about the middle of the Keystone state as far as a reality show is concerned. Frankly, I’d be a little pissed if I made it through the … END_OF_DOCUMENT_TOKEN_TO_BE_REPLACED

“Welcome to organized chaos,” said an older gentleman who probably served in at least one major war. He was definitely a veteran of this type of exercise. In his years he’d probably seen much worse. The look on my face must have reminded him of a soldier in his own platoon, knee deep in battle for the first time, shell shocked, overwhelmed and ready to go AWOL as soon as the … END_OF_DOCUMENT_TOKEN_TO_BE_REPLACED

My mother and father constantly disagreed on the perfect time to end family vacations. My mother attempted to squeeze every last ray of ultraviolet out of the most powerful tanning bed, begging to hit the road late on Sunday. My father, ever impatient, wanted tires to road after breakfast to at least get half a day back at the homestead to prepare for the coming Monday of … END_OF_DOCUMENT_TOKEN_TO_BE_REPLACED 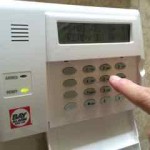 The morning routine is a solo process. Flip on the coffee pot, jack up the blind, feed the cat who’s been nudging at my face since dawn. The regimented process occasionally gets a 32-pound cog thrown into the well-oiled machine in the form of a 5-year-old boy. If the routine generates too much noise – and in my 100-year-old home a mouse farting can shake the foundation – a … END_OF_DOCUMENT_TOKEN_TO_BE_REPLACED