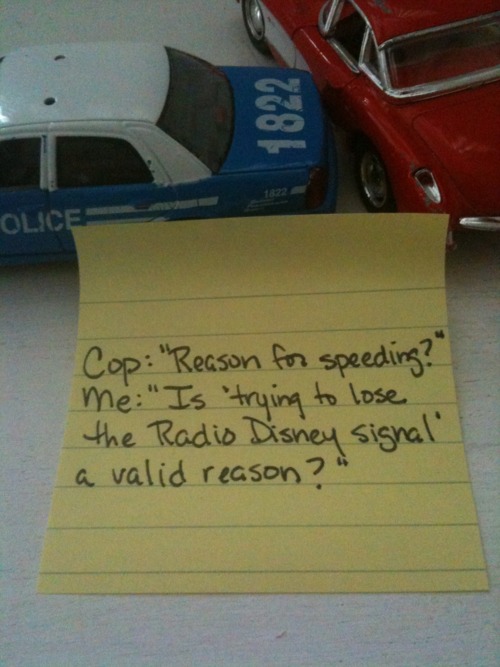 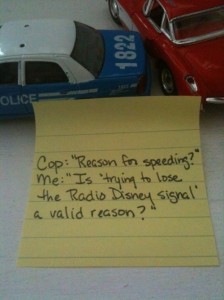 The trip would take over two hours, according to MapQuest, deep into an area of a Pennsylvania I never planned to visit unless forced by gunpoint or on some reality adventure show like The Amazing Race. I wasn’t sure what would be so amazing about the middle of the Keystone state as far as a reality show is concerned. Frankly, I’d be a little pissed if I made it through the audition stage and the producers explained that the show would be shot on location near Amish country. “We are going where? I’m out. Can I be on Wife Swap instead?”

“He’ll be OK in the car for that long right?” the Permanent Roommate half asked/half told me the day before the trip. “If we plan it around his naps and pull off into a rest stop. He likes riding in the car.”

There was no choice in the matter. We were going to Pennsylvania for a baby shower on a promise to our friends. We promised the kid would make the trip too. The mother-to-be and her husband are close friends who traveled all the way from Texas to Pennsylvania by car. The least we could do is lug a kid and a gift a state over to celebrate their pending arrival. Plus, they only really wanted to see the kid. Sure, we’re fun to hang out with, but everyone only wants to see the kid. Every parent comes in second to their kid.

Twenty minutes into the drive and I wondered if the military is aware of the potential torture possibilites of the Pennsylvania turnpike. It’s got to rank right up there with waterboarding as the most painful human experience. Miles and miles of trees broken up by miles and miles of smaller and bigger trees. The kid passed out so the Roommate and I were unable to teach the little guy all about the changing seasons and make up reasons why the leaves change. Damned if I know or care.

“Rest stop coming up” I announced and pointed a sign that was partially covered by, you guessed it, many different sized trees.

“Isn’t it too soon?” the Permanent Roommate asked, a rookie to the roads that run through the middle of nowhere.

“Rest stops are far and few,” I explained. “If we skip this one, the next one isn’t for over twenty miles. “He might not last that long.”

The turnpike and I became mutual acquaintances in the late 90’s. The first two years of my college life were spent at a small school not far from Hershey, PA. Depending on the wind, a person could walk outside to be greeting with the incredibly rich smell of chocolate or the ridiculously pungent aroma of miles of shit emanating from the miles of farms surrounding the school. In my first year, I traveled the turnpike back and forth from school to my home in New Jersey every other weekend. For the first few months it was to visit a girlfriend and for the last few it was just to escape school. I knew the turnpike all too well. It was a trip that, after I left in my Sophomore year, I’d swore I’d never travel again. Yet here I am. This was my first time cruising along it in close to thirteen years and it all still looked exactly the same.

“Sbarro’s? Ugh. Of all the rest stops we end up at the one with a Sbarro’s.”

“There is a Roy Rogers too,” I added “You like Roy Rogers.”

“I thought they all closed down.”

“They did. All except this location. It got all the leftover chicken. It hasn’t cooked a new batch in seven years. Ask for extra fungus. It’s delicious and makes all the turnpike trees look like dinosaurs.”

After seeing the actual Roy Rogers, and the food being prepared, my joke looked more like a reality.

“Maybe we should stick with Sbarro’s,” she said.

We stuck with Sbarro’s and it stuck with me until the next day like a kettle bell in the pit of my gut. It’s amazing the acceptions that will made in diet and taste when traveling great distances. I wouldn’t eat a slice of Sbarro’s pizza for all the free diapers in the world but put me in the middle of nowhere with seven year old chicken and a place called “Cafe El Fresh-O” and I’ll swallow down a slice of crappy pizza.

The kid stayed awake the rest of the ride, marveling at each passing tractor trailer and f*cking tree. The rest of the day, like the passing trees, is a blur. The couple greeting family and friends, opened gifts and looked like they had a great time. At least it looked that way from my spot two rooms away, trying to get the little guy to nap, or at least stop making a run for the back door. Outside the historical home that hosted to party was a backyard the size of eleven football fields. This might comes as a shock to many readers but little children like to run around with no purpose, reason or care. That means a parent has to stick close behind. The Roommate and I took turns.

The trip home at dusk had me nodding off behind the wheel. I thought my lunch of seventeen pink cupcakes would provide enough of a sugar rush to at least get me to the New Jersey state line.

“Why do you keep punching your leg??”

“I’m trying to keep myself awake.”

The rest stops and farmhouses along the turnpike clued me in to our approximate location. This would be, hopefully, the last time I’d see any of this portion of the turnpike.

“Does a spasming leg also play a song?”

It was my cell phone vibrating in my pants pocket. There was a waiting voicemail from the male side of the couple of honor.

I hung up the phone and punched myself in the leg as hard as I could. This time it was punishment for leaving our only stroller behind.

Chris Illuminati is an author and father and average at both jobs. He’s the creator of the popular parenting website A Message With A Bottle.