Richard Greenberg is a father of four and the author of “Raising Children That Other People Like to be Around”. A native of Los Angeles, Richard graduated from UCLA with a Bachelor’s degree in English. Shortly thereafter, he married his childhood sweetheart JoAnn, and they continue to happily parent their four now-grown children. After more than thirty years working in the entertainment industry (as a writer/produce, editor, and post-production executive), "Raising Children that Other People Like to Be Around" is Richard's first book. You can read more of Richard’s parenting tips, tools, and triumphs on his blog, www.CommonSenseDad.com and follow him on Facebook, Twitter, Instagram, and Google+. Buy his book here: [amazon text=Amazon&asin=1909740241]

Find more about me on: 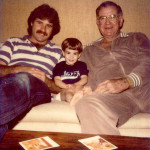 I’ve been a father for thirty-four years, which means I’ve been the singular object of my family’s affection for at least one day on thirty-four occasions. When my father-in-law and my father were still alive, I’d usually wake up to a sweet Father’s Day welcome and then drag myself, my kids, and our parenting gear to various parts of town to celebrate first with my dad, and … END_OF_DOCUMENT_TOKEN_TO_BE_REPLACED 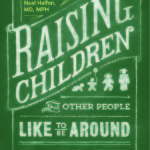 Everyone always says “Once you become a Dad, your life is going to change forever.”  In my case, I thought, “Oh, come on!  How much could it change?” A lot. Four children later, I ‘m here to tell you that life definitely changes after children and here are the type of changes a Dad can expect.  They are all wonderful.  Or, at least it’s important to think of them that … END_OF_DOCUMENT_TOKEN_TO_BE_REPLACED