Gregory E. Lang is an author and photographer living with his family in the Atlanta, GA suburbs. His two series of inspirational gift books about romantic and family relationships have sold over 2 million copies.

Several of his titles have appeared on the New York Times Best-Sellers List; he has also published over 550 photographs. There are currently twelve books in the Family Matters series and three in the Simple Suggestions series. Here is Gregory on himself.

An Introduction to Me

“Interview your family and write it from their perspective,” he added, just as I was about to list all the things I accomplished after my eighteenth birthday. The applause stopped, the spotlights went out, the red carpet turned into worn artificial turf, and I heard “He’s such a dork” echo in my head.

My family includes three women – my wife Jill and our daughters, Meagan and Linley. Some argue it also includes a fourth female, a dog named Princess, but I say she is just a bad gag gift that came with the bride.

So I asked my wife, “How would you describe me?” She asked me to have a seat. “You’re going to need this,” she said as she handed me a glass of wine. “Most of the time you are wonderful. But sometimes you’re whacked, like when you fuss about how I’ve put things back in the refrigerator or accuse me of losing your socks.” Two glasses later she finally finished. I can’t repeat everything she said.

Sulking, I called Meagan who was hanging out with friends after school. “Do I have to go into this right now?” she asked. After some pleading she finally told me she thought I needed therapy, but if I refused to go, she would still love me anyway.

Next I sent a text message to Linley. “What do you think of me?” I asked. “U R old” came her reply.

As I sat down to write this introduction Princess came running to my desk, her warning that she needed to go outside. I stood in the cold as she did her business, gave her a treat when she finished, and patted her head before returning to work. Moments later she was at my feet again. “What would you say about me?” I asked. She yawned, threw up on my shoe and walked away, dancing a jig, I think.

And people wonder why some folks stretch the truth on their resumes. 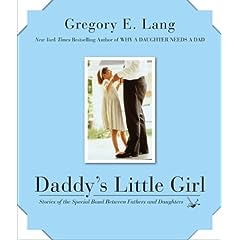