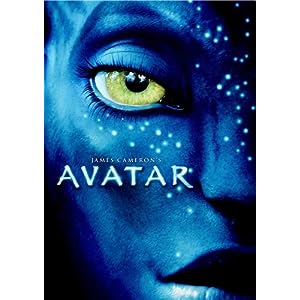 AVATAR on Blu-ray presents the ultimate high definition experience for home viewing audiences. Fans around the world will soon be able to discover every detail and relive every moment of James Cameron’s AVATAR in the comfort of their own home. Blu-ray is recognized for presenting optimal picture and sound, and now AVATAR’s masterful cinematography, art direction and visual effects will lend itself to awe-inspiring clarity when you become absorbed in the extraordinary all-encompassing experience in the living room.

Oscar and Golden Globe® winning epic is the highest grossing film of all time, taking in over $2.6 billion in worldwide box office.  Director James Cameron takes audiences to a spectacular world beyond imagination, where a reluctant hero embarks on a journey of redemption and discovery as he leads a heroic battle to save a civilization. AVATAR delivers a fully immersive cinematic experience of a new kind, where the revolutionary technology invented to make the film disappears into the emotion of the characters and the epic nature of the story.

AVATAR will be available on Blu-ray Disc and DVD everywhere in the United States and Canada on Earth Day, April 22.

Win a DVD of the movie! All
you have to do is draw your dad and send us a picture of the drawing in .jpg or .gif format. It could be a picture your child has drawn or even one you drew as a child.

Send in your pictures to contests@greatdad.com. Last date for entries is May 11, 2010.

Read the rules
and regulations.

Contest Update: The contest is
closed. See the winner’s
page.