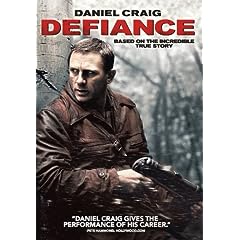 The Defiance DVD and Blu-ray presentations include:

Win
a Defiance DVD. To
enter
the contest, simply tell us which is the best children’s game and why. Send in your answers using the
comment
form
below. Last date for entries is May 28, 2009.