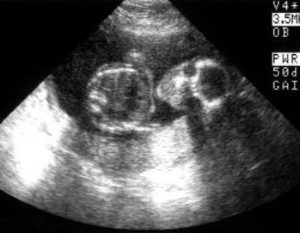 While most parents only wish for a healthy child, regardless of gender, there are some who really want a boy or a girl and will try almost anything to make their wish come true.

Scientific advances have made it possible to select the gender of an unborn child with greater accuracy than ever. High-tech methods like sperm-spinning, pre-implantation genetic diagnosis, micro sorting and the Ericsson method may help fathers and mothers conceive either a male or female child, but can cost thousands of dollars.

At home methods of gender-choosing may be significantly more affordable, but vary in their accuracy.

Some experts suggest couples use the Shettles method, which is based on the theory that male sperm swim faster than female sperm. If you want a boy, you should aim to conceive as close to ovulation as possible. Those who want to have a girl should aim to have intercourse two to four days before ovulation.

The Whelan method contradicts the Shettles method in terms of timing intercourse to conceive. It suggests couples time intercourse around the female’s basal body temperature.

The Chinese Lunar Calendar method is an ancient technique that is based on the mother’s age and the month of conception. While some claim it has nearly a 93 percent accuracy rate, a recent study found that in reality it was only accurate about half the time.

Whether you’re trying for a boy or a girl, remember that there’s always a 50-50 chance of having the baby of your choice. The best parenting advice is to relax and enjoy the process!