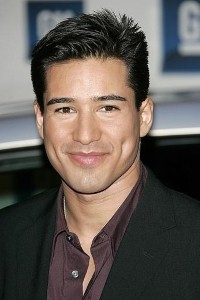 "I was actually looking for a book for a first-time father and couldn’t find one," People.com reports Lopez told Pop Eater. "I’ve decided I’m going to write one of my own. Guys want to help, too. There are tons of books for moms, but dads want to know what’s going on with the lady and the baby both emotionally and physically."

Lopez and his girlfriend, Courtney Mazza, are expecting their first child this fall. He says that he’s learned a lot about pregnancy so far.

"I’m learning a lot about how difficult it is just to even get pregnant and all the things that can go wrong. I have a new respect for that whole process and miracle of birth."

The host of Extra and America’s Next Best Dance Crew says he and Mazza won’t find out the baby’s sex before he or she arrives. However, he’s doing his part to make sure his child is healthy.

"I’m trying to feed Courtney as often as I can. I’d love a chubby, healthy baby."