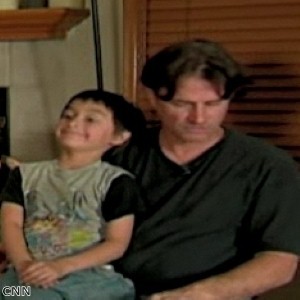 Every generation has them.

They are the ones who are late for soccer games, who give poor advice, who put their children in television commercials and pocket the money. They are, in a term, the bad dads of America and they are here to teach the rest of the fathers the difference between good and poor parenting.
How? By giving examples of how not to act.

A father reportedly uses an elaborate hoax involving his son and an oversized balloon in an effort to gain notoriety for a future reality television show program…that doesn’t exist yet.

Crimes of fatherhood: allegedly lying to the press, allegedly making 6-year-old son lie to police and the press, letting son puke on national television and continue conducting interview, thinking "Falcon" is an acceptable name for a boy.

Lessons to be learned: Don’t teach children to aim for the mediocrity of reality television. Instead, support their artistic dreams with an acting class.

Jon Gosselin and his divorce

Divorce is hard enough when there’s one child but when there are multiples it can get a bit difficult. Add in the constant attention of news cameras and there’s a recipe for fatherhood disaster.

Crimes of fatherhood: while putting his family of eight children and one wife on television may have seemed like a good idea at the time, some parenting experts have called the practice unfortunate for the children and suggested that their development will be negatively affected from the experience.

Lessons to be learned: reality shows are funny for families to watch, not so funny to be a part of.

Jack Torrance from The Shining

Sure, bringing your family with you to an abandoned hotel may seem like an idea, but this is prior to all the ghostly images and meddling bartender make you play the murder-your-family game with an ax. But what Jack Torrance wants, he gets.

Crimes of fatherhood: ignoring his only son, being a bit too liberal with ax-swinging.

Lessons to be learned: family vacations can be killer, so go someplace warm with lots of distractions for everyone.