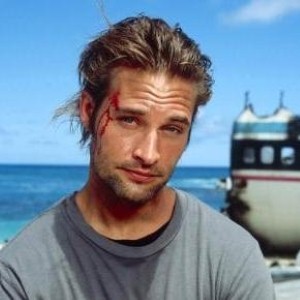 One of Lost’s most popular characters recently opened up about being a father at San Diego’s annual Comic Con event.

Josh Holloway, who plays con man Sawyer on the popular television show on ABC, told People magazine about his 3-and-a-half-year old daughter Java Kumala and how she has hit numerous milestones in her young age.
He also revealed his favorite moments with his daughter and how they make him feel.

“It’s just those smiles every morning,” Holloway said. “When I first get to see the little bean smile. I’m like, ‘Oh my God.’ It just makes my heart explode.”

When asked about fatherhood, Holloway replied that having a baby has put his life in perspective and that his only real goal in life is to be there for his daughter.

“I don’t care how everything else goes now as long as I’m a good father,” Holloway replied.

As for the show and its season finale cliffhanger with Sawyer’s new love Juliet seemingly dying at the end, Holloway expects his character to revert to what he was before.

“He’s heartbroken, he’s back to ‘the world sucks,’ and maybe throughout the season, someone can redeem him again and bring him back from hell,” Holloway told BlastMagazine.com.