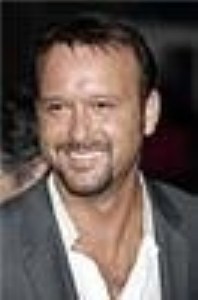 The topic of father and daughter bonding is at the center of a new children’s book written by country star Tim McGraw.

Entitled My Little Girl, the volume aims to create opportunities for dads to read to their daughters, according to a forward written by McGraw’s wife, Faith Hill.

Men who do read the book to their little girls will be telling the story of Katie and her cowboy hat-wearing dad, who spend a day hanging out together, watching clouds and playing on a tire swing, according to the Associated Press.

McGraw told the news provider that fathers and daughters can enjoy spending time together in a variety of ways, giving the following parenting advice: "Do what you have to do in your regular routine and take [your daughters] with you."

"It makes all the difference in the world," he added.

However, he did admit that girls may have different interests than boys, which can initially challenge a dad’s parenting skills.

Previously, McGraw also wrote a song called My Little Girl, which describes a father’s feelings as he watches his daughter grow up, from the cradle to her engagement.