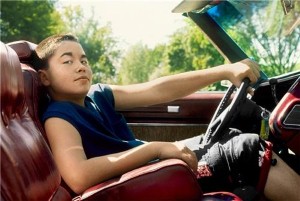 Dads worried about their teenage children getting behind the wheel for the first time may welcome a little technological support to reinforce their parenting skills.

MyKey boasts a range of smart features, including a handy chime to remind your maturing son or daughter to buckle up.

There’s also a low-fuel warning which kicks in at 75 miles to empty – in case your children ignore your wise parenting advice and spend more time reveling in the novelty of driving than worrying about the fast reducing fuel gauge.

And there’s a limited top speed of 80mph, denying your teen the temptation to put themselves and others at risk by flouting safe driving speeds.

Ford’s Jim Buczkowski said MyKey – which will become available next year on the 2010 Focus coupe – resulted from the upgrading of an existing anti-theft technology.

He added that it will be spread across vehicle lines in a similar fashion to entertainment and communications system SYNC.