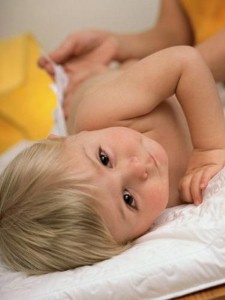 For many moms and dads across the country, ear infections have been one of the most difficult aspects of parenthood. Youngsters who are stricken with the painful infections tend to have difficulty sleeping through the night and the condition can last for weeks at a time. However, The Associated Press reports that there was around a 30 percent decrease between 1993 and 2008 in doctor's visits for this ailment.

Healthcare professionals are not certain as to the cause of the decline , but some Harvard researchers believe that it has to do with a number of factors, including the lower number of smokers, the growing use of vaccines and an increase in breastfeeding.

"When people are smoking less around their kids, when homes are smoke-free, the rate of ear infections can and has decreased," Hillel Alpert the author of a study on the topic told the news source.

The lowered levels come after a period of rapid growth from 1975 to 1990, which saw the number of ear infections double. While there has been a decline, other children may not be as lucky. The Centers of Disease Control suggest parents should be suspicious of an ear infection if their son or daughter has difficulty balancing, is crying more than normal and is experiencing fever and sleep disturbances.