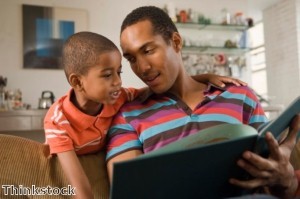 Most fathers can admit that their kids say some funny s**t. What’s not funny is when the things your children say involve cursing and words that many adults even try to avoid.

ParentDish.com reports that a recent Evenflo survey of 1,000 parents with kids younger than five found that nearly three-quarters of moms and dads admit to cursing at another driver with their child in the car. Another 28 percent admitted they’ve flipped the bird and 21 percent say they’ve rolled down their window to scream at another driver.

It’s no wonder kids occasionally, or not so occasionally in some cases, let profanities roll off their tongues. It gets a reaction, right? But experts say it’s best for fathers to resist the urge to laugh.

One of the most effective ways for dads to keep their kids from cursing is to avoid it themselves. Swapping words like “sugar,” “shoot,” “nuts,” or “phooey” can be helpful with a little practice. Teaching kids to do the same may also work.

Parents also need to communicate with their children and let them know that certain language, and certain words, are unacceptable.

If kids continue to use bad language after they’ve been told not to, experts say they should be disciplined in an age-appropriate way.