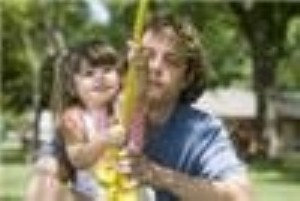 There was a time when most men would have found the prospect of staying at home to take care of children while their wife went to work to be the equivalent of getting the short end of the stick.

Now, according to an article in the Chicago Tribune, a growing number of dads are embracing the opportunity to use their parenting skills full-time.

Meanwhile, a poll by CareerBuilder indicates that 37 percent of fathers who go to work would consider staying at home if it made financial sense.

Some couples make choices about who works and who watches the kids based on the salary of each partner, according to the Tribune, while others see it as seizing an opportunity.

Former Bear Stearns employee Thomas Walsh told the news provider that he is happy that his pregnant wife decided to go back to her job as a physical therapist, leaving him to take care of the baby.

"Being home with Duke has been a blessing. It’s been me and him, going to the park, riding my bike," he explained.

There are approximately 159,000 stay-at-home dads in America, according to Census Bureau statistics.