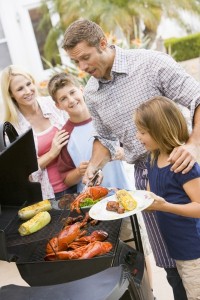 It may not be one of the most desirable aspects of fatherhood, but knowing how to discipline your child is one thing that most dads should aim to get the hang of. Letting your kid know who is charge from time-to-time, without being to forceful, will pay dividends in the future when you won't have to lay down the law as often.

Experts say that a common misconception about discipline is that it involves punishment. Instead, parents should focus more on teaching their children life lessons. As such, there are several ways fathers can ensure that their discipline is steady and effective.

Staying calm is important when your son or daughter misbehaves. Yelling will send the wrong message and teach them that that is an appropriate reaction. Additionally, avoiding an excess of criticism can be important – work to make a distinction between their actions and their personal identities. Note that it's their behavior that you're unhappy with – not them.

Finally, dads should take note not to resort to physical harm. Punishments such as spanking are actually thought to be ineffective.

Ultimately, it all starts and ends with the dads themselves. Acting as a good role model will teach your kids right from wrong and reduce the need to discipline them altogether.