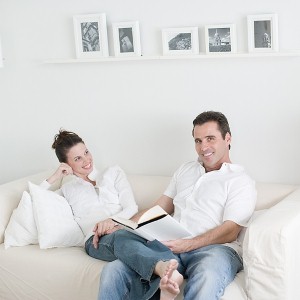 Here’s some advice that some fathers may like to hear: a good sex life may mean an improved performance around the office.

According to research from Dr Helen Fisher, the chief scientific advisor at Chemistry.com, a fulfilling bedroom romp can translate to a person’s career in terms of teamwork skills and confidence.

"In addition to being great exercise and a stress reliever, sex triggers the release of a number of valuable brain chemicals," Fisher said. "From improved problem-solving as a result of heightened dopamine levels, to enhanced teamwork skills due to a flood of oxytocin – there are a number of positive benefits which can improve performance in the workplace."

One example from the doctor’s study showed that after sex, men receive a boost of oxytocin and vasopressin, which are chemicals that generate feelings of trust, attachment and calm. The researcher suggested that these chemicals can help one be more agreeable around the office.

The study examined a total of 40,000 people from the online dating website.

Fathers could take the findings from the study as a form of parenting advice, since it is plausible to think that teamwork skills and having calm feelings would be helpful with the kids.