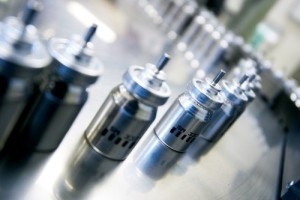 Results of a recent study indicate that parents may want to be wary when giving their young children antibiotics. Scientists from Yale University have found that kids who received antibiotics before they're 6 months old are significantly more likely to develop asthma and allergies by the age of 6, The Boston Globe reports.

The research was published in the American Journal of Epidemiology, and focused on more than 1,400 children. The study found that even one dose of antibiotics can raise a child's risk of asthma by as much as 40 percent, and those who received multiple rounds had a 70 percent risk.

While this is not the first study that has shown a link between antibiotics and asthma, many critics have questioned the findings on the grounds that the medications were administered to treat respiratory ailments that might have lead to asthma. However, as a result of their findings, the authors suggest avoiding antibiotic use in infants unless absolutely necessary.

According to the Centers for Disease Control and Prevention (CDC), there are currently around 7.1 million children suffering from asthma in the United States.