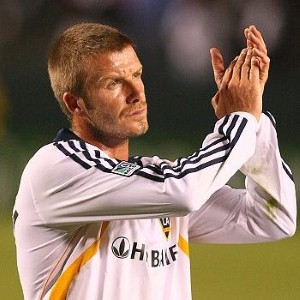 It must be pretty awesome being one of David Beckham's kids. Between getting to attend soccer games for free and living in the lap of luxury, Beckham and his wife Victoria (previously known as Posh Spice), seem like pretty cool parents as well.

Happily for the pair, it looks like one more will be joining the Beckahm brood, as the Los Angeles Galaxy Star wrote on his Facebook page last week that the couple is expecting their fourth child.

Beckham is no stranger to fatherhood. The glamorous pair,  who married in 1999, have three sons, Brooklyn, 11, Romeo, 9, and Cruz, 5. Recently the famously handsome athlete  was rated as one of the best role models for young boys.

The Press Association reports that a nationwide survey of young boys throughout Great Britain found that 18 percent thought of Beckham as their role model. However, there is one person that Beckham could not overtake, according to the news source, 50 percent of the boys surveyed listed their father as the man they look up to the most.