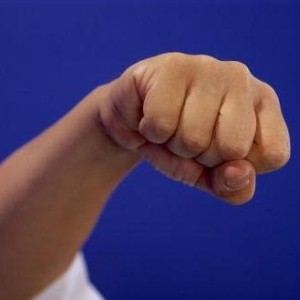 While some high-profile bullying cases have been in the news recently, a new study funded by the U.S. Department of Justice has found that incidents of bullying are actually down. Experts say anti-bullying programs implemented in thousands of schools across the nation may be responsible for the drop.

Being the target of a bully isn’t just part of growing up. The National Youth Violence Prevention Center reports that kids who are bullied are typically anxious, insecure and cautious, and suffer from low self-esteem, rarely defending themselves or retaliating when confronted by students who bully them.

As a parent, there are things you can do to help your child avoid being bullied. The American Academy of Pediatrics says fathers should teach their kids to not react to or give in to demands of bullying. If the aggressor still doesn’t back off, kids should be instructed to stand up for themselves verbally. This may force the bully to move on to an easier target.

Contacting your child’s teachers or principal is often helpful as well. Having a school official talk to the bully or his or her parents may be more effective than contacting them yourself.

Working with the school to help implement an anti-bullying program if one doesn’t already exist may also help other kids avoid it.