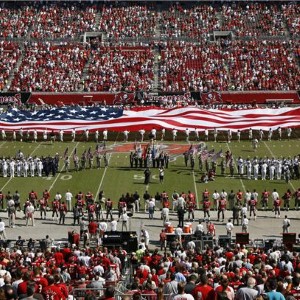 Being able to hear is something many people take for granted. Continued exposure to loud noises – at a concert, sporting event or fireworks display – can effect children’s hearing permanently. But there are things fathers can do to ensure their little ones’ ears are protected.

The New York Times recently reported that more than 15 minutes of exposure to 100 decibels is unsafe for small ears, according to the National Institute for Occupational Safety and Health. The noise in a football stadium, for example, can reach 100 to 130 decibels.

"This message needs to be conveyed to parents over and over again," Dr. Brian Fligor, director of diagnostic audiology at Children’s Hospital Boston told the newspaper. "If a child attends only one loud sporting event, it isn’t a big deal. But for those kids who will be going to football games throughout their lives, it’s a very big deal. A young, tender ear may not be able to withstand damage."

Ear plugs are a good option for older kids but may be too big for small children and can also pose a choking hazard. Protective earmuffs cover children’s ears and help protect against damaging noises. While they may be too big for some infants, they will work well for smaller kids.

Experts also stress the importance of kids wearing ear protection when playing sports like football, boxing, fencing, ice hockey, rugby and any other sport that has physical contact.